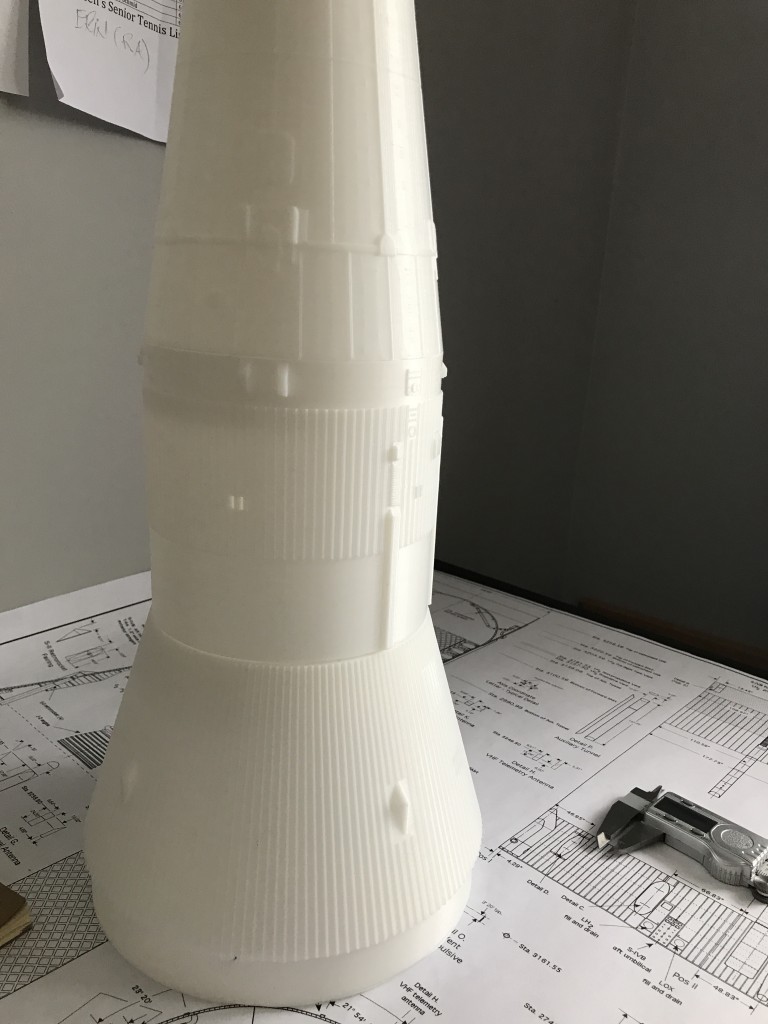 On July 21, 1969 Neil Armstrong became the first human on the moon. This was achieved through a remarkable combination of political will and cutting edge engineering. It will forever stand as one of humanity’s greatest achievements.

The stack is progressing! In this issue I talk about the S-IVB stage and its transition to the lower airframe. More importantly I talk about an issue with the scale for the flyable version. Don’t forget to like and subscribe!

Below the CSM comes the SLA (Service Module to Lunar Module Adapter). In this video I discuss some basic printing tricks that can significantly reduce the amount of plastic used and time required to print. Don’t forget to like and subscribe!

Assembling the LES and CSM

With the models released for the LES and CSM assembly can now begin. It’s a simple piece but there are some minor points to making an accurate model.

In anticipation of the 50th anniversary of Apollo 11 I’m beginning a mostly 3D printed build of the Saturn V. In this episode I describe the plans for the build.